IL-17 is an immune-cell derived cytokine that is produced in response to infection by certain microorganisms. Upon binding to its receptor on various cell types found in tissues (e.g. keratinocytes, fibroblasts, and epithelial cells), it elicits downstream signals that orchestrate sustained tissue inflammation, with the aim of clearing the invading pathogen. 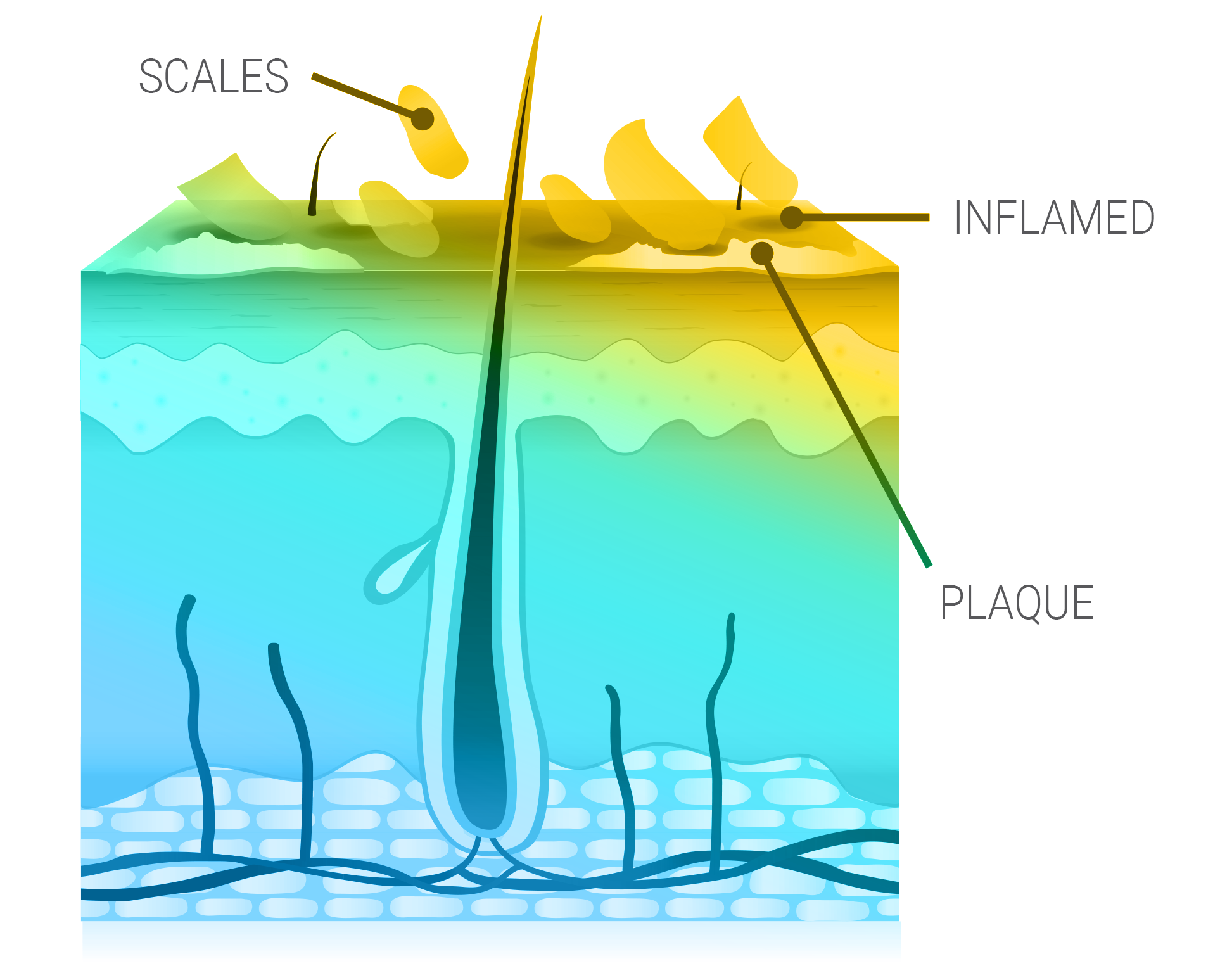 In autoimmune diseases, the immune system appears to over-react and mount strong immune responses in the absence of an obvious infectious event. Over the past two decades, it has become clear that IL-17 is a powerful driver of psoriasis, a skin disease that occurs in the absence of an obvious infectious event. It is estimated that about 8 million Americans suffer from psoriasis, which manifests as erythematous plaques with thick scaling that can occur anywhere on the body. Symptoms include itching, bleeding, and pain; furthermore, the disease can lead to disfiguration and considerable psychological burden.

As a result of multiple industry efforts, several IL-17 neutralizing biologics (secukinumab, ixekizumab, and brodalumab) are now approved by the FDA for the treatment of psoriasis, and additionally, psoriatic arthritis and ankylosing spondylitis. These treatments are safe and highly efficacious and provide substantial benefit to patients. However, as they require frequent injections, they are less convenient to administer than an orally bioavailable substance would be.

Our program aims to replicate the success of these biologics, while adding the convenience of oral administration. In doing so, we aim to generate a medicine that is not only efficacious, safe, and convenient, but also has the potential to reach a broader patient population. Furthermore, given that our medicine will be orally bioavailable, it will offer the opportunity to combine it with other orally bioavailable medicines in pursuit of even better efficacy, in indications beyond psoriasis.